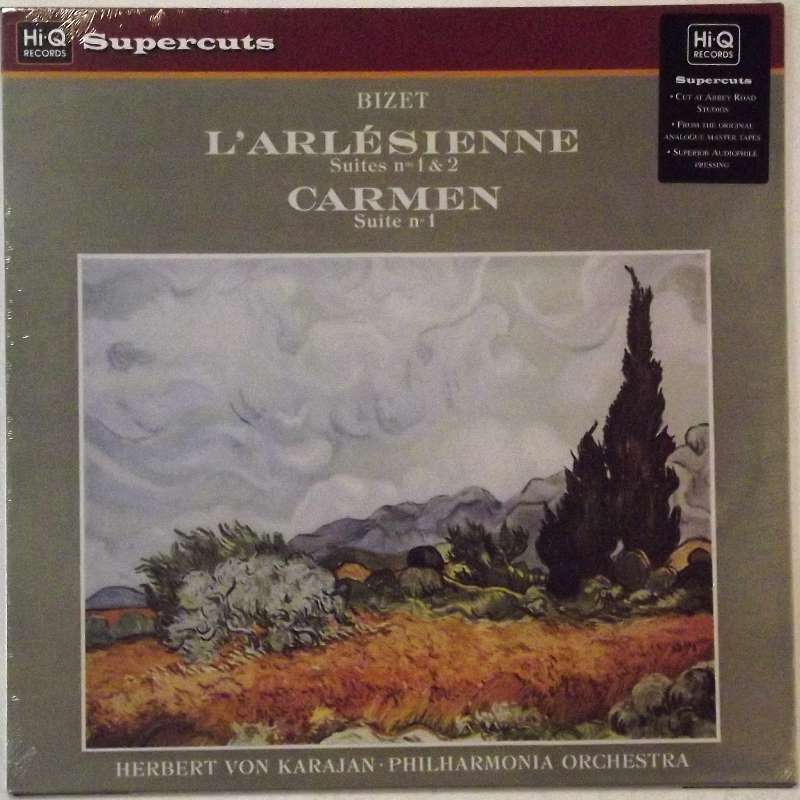 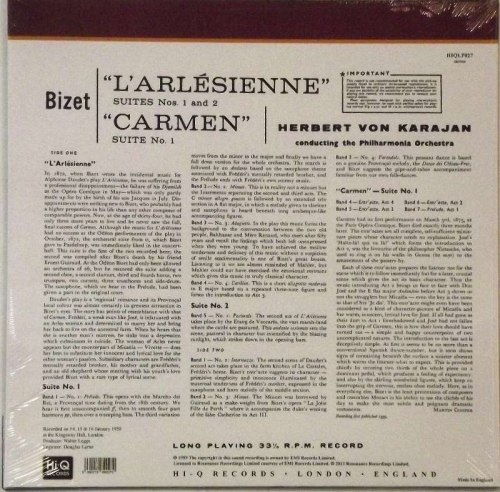 Although associated mainly with the Berlin Philharmonic Orchestra, Herbert von Karajan was effectively (though never officially) the chief conductor of the Philharmonia Orchestra (which EMI Producer Walter Legge had founded in 1945) from 1948 to 1954 and built the orchestra into one of the finest in the world.

Although Karajan signed to Deutsche Grammophon in 1959, he would return to EMI in future years for occasional projects (like the Beethoven Triple Concerto on HIQLP006 and Mozart Symphonies on HIQLP023).

In the original September 1959 review of the stereo release, Thomas Hearns of the GRAMOPHONE wrote:

...this Karajan performance is in... the highest class...Karajan gets beautiful and brilliant performances, superb playing from the Philharmonia and a first-rate recording...