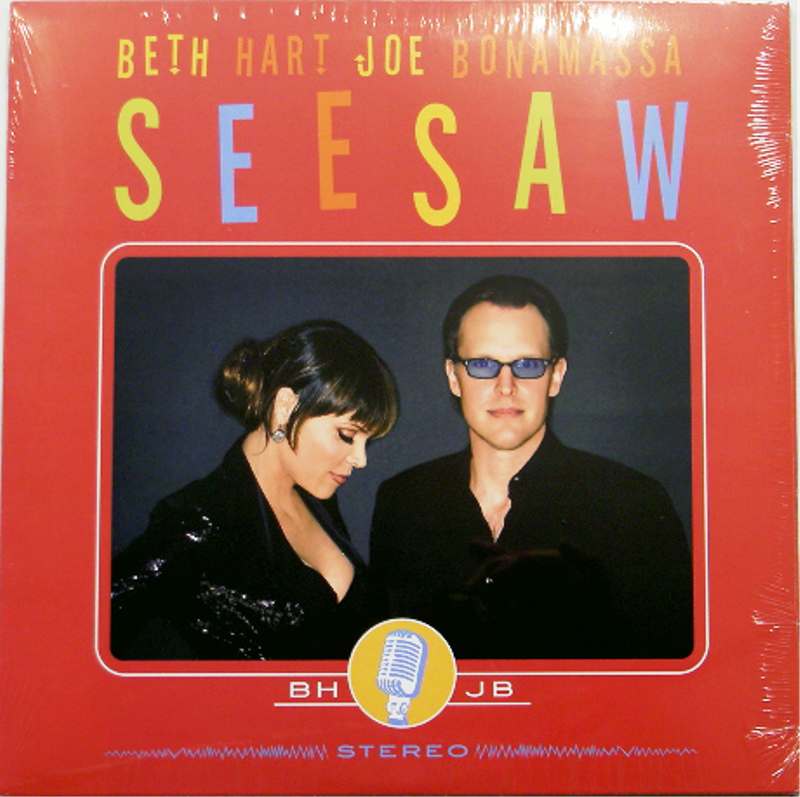 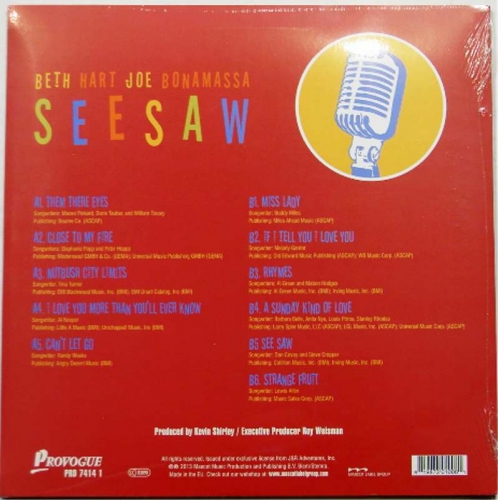 Singer/songwriter Beth Hart continues to explore her blues and soul roots via 11 cover versions of her favorite tracks on Seesaw, her second album with blues guitarist Joe Bonamassa. Following the same path as their first collaboration, the 2011 all-covers release Don't Explain, the pair hooked up again with producer Kevin Shirley, who has previously worked with Led Zeppelin, Journey, Black Crowes, Joe Bonamassa, and numerous others. The 11 tunes kick off with a jump blues rendition of "Them There Eyes," a rock blues take on Ike & Tina Turner's "Nutbush City Limits"; punchy horns accentuate the Buddy Miles penned "Miss Lady," and they give a straightforward soul treatment to the Don Covay/Steve Cropper tune "See Saw" recorded by Aretha Franklin in 1968. The influence of Janis Joplin and Etta James is evident on the powerful ballads "If I Tell You I Love You" and "A Sunday Kind of Love." The album closes with an eerie version of the anti-lynching poem from 1937 associated with Billie Holiday, "Strange Fruit." Also returning from the Don't Explain album are Bonamassa's assembled backing band: Anton Fig (drums and percussion), Blondie Chaplin (guitar), Carmine Rojas (bass), Arlan Schierbaum (keyboards), Lenny Castro (percussion), and Michael Rhodes (bass on "I'll Love You More Than You'll Ever Know").