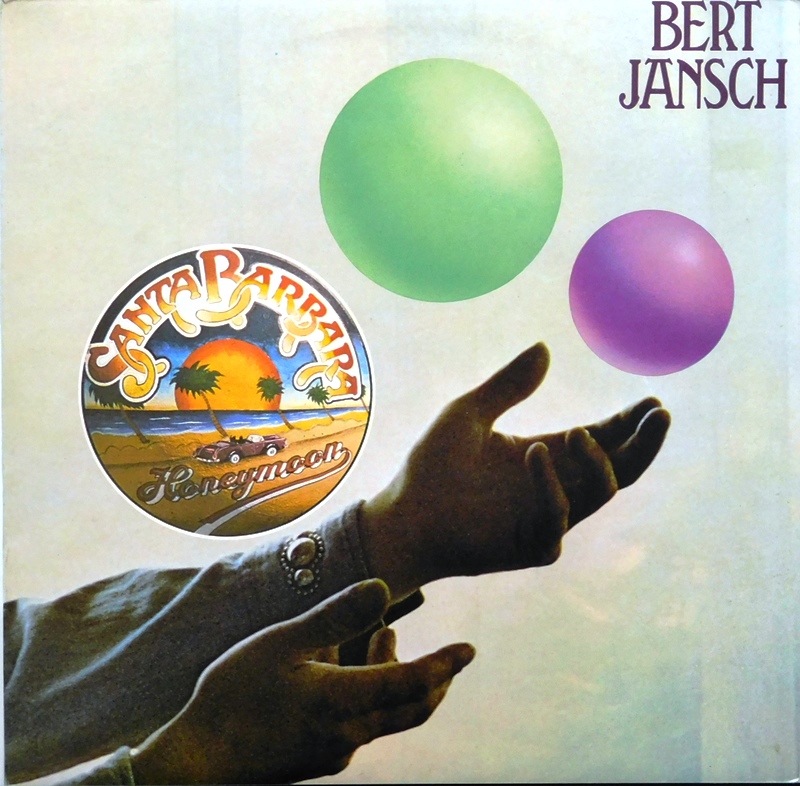 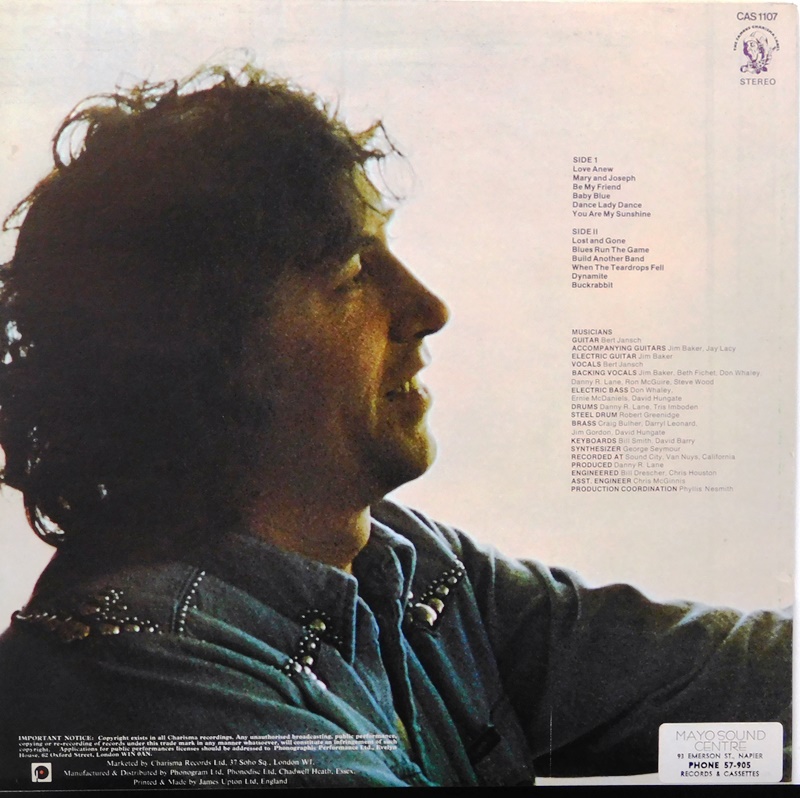 After the critical success that greeted Bert Jansch’s L.A. Turnaround, his Charisma label debut, he quite logically decided to follow it up with a similar album -- hence 1975’s Santa Barbara Honeymoon’s title. The end result, however, is quite different. Utilizing neither producer Mike Nesmith nor pedal steel guitarist O.J. “Red” Rhodes, both of whom had added so much to the easygoing, airy feel of L.A. Turnaround, Jansch instead employed that session's drummer, Danny Lane, as producer. The end result, while chock-full of good songs, is a bit of a production nightmare, drenched in studio trickery of the time, from phase shifters and reverb to synths, steel drums, and even a Dixieland-styled jazz band. The album opens with a phase-shifted electric guitar line on “Love Anew” by Jim Baker, before Jansch’s syncopated guitar strumming and vocal slide into one of his very finest lyrics. Jansch’s voice is way up in the mix, and these were live, not patched vocals, so oftentimes his pitch is off. While perhaps harsh at first, next to the Rhodes piano fills that underscore them, they are quite heartfelt and charming. “Mary and Joseph” is Jansch’s futuristic retelling of the nativity narrative to the tune of a traditional English drinking song, accompanied primarily by a Wurlitzer piano and synths through the verse -- by the time the full band kicks in, it becomes some other mess altogether. There are some dynamite tracks on this set, however, the languid ballad “When The Teardrops Fell” -- with its pronounced bassline and intricate melody and the real presence of Jansch’s guitar -- is one of the more lovely things he’s recorded. “Lost and Gone” features his signature guitar style in all its glory, with a low, deeply emotive vocal to boot. “Baby Blue" is one of the catchiest melodies he ever wrote. “Blues Run the Game” is a re-recording of a track off his 1965 debut album. While its vocal is painted with too much reverb, it is still a superior version to the original. In the 21st century this set deserves reappraisal for its many fine moments and the quality of its songwriting. The 2009 Virgin remaster -- which has been issued stateside by Drag City -- contains six bonus tracks, including an alternate version of “Build Another Band" that's better than the one on the original album. The other bonus cuts were taken from a performance at the Montreux Jazz Festival in 1975, including a duet appearance by John Renbourn on “Lady Nothing." The remastered sound is terrific and the excellent liner notes by Mick Houghton add context and historical data.