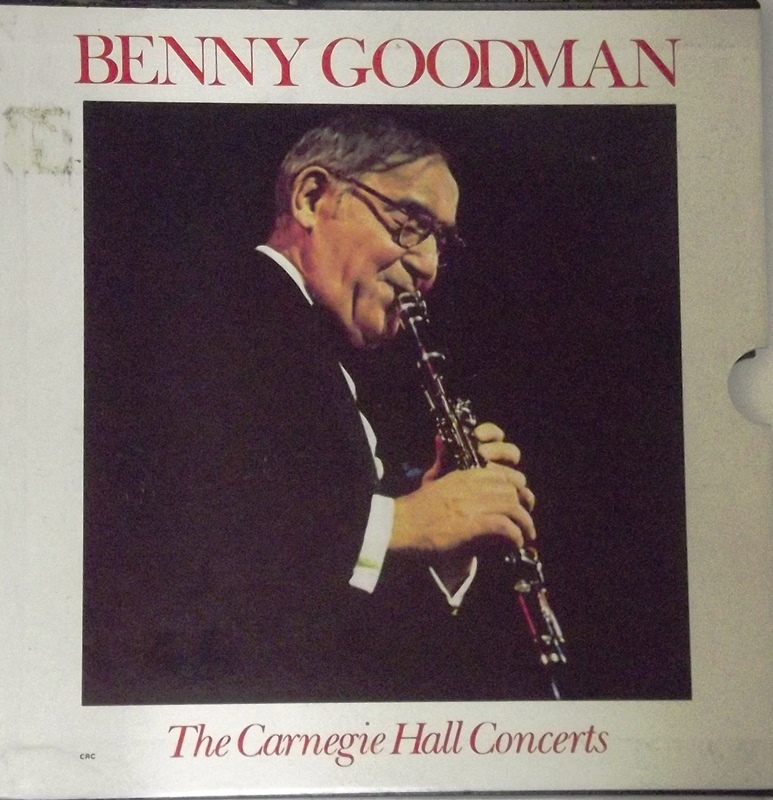 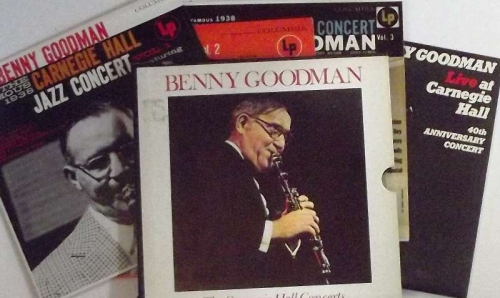 A stunning collection of 3 albums from the famous 1938 concert and a double 40th anniversary album to complete the set all in great shape presented as a box set.

Benny Goodman's January 16, 1938, Carnegie Hall concert is considered the single most important jazz or popular music concert in history: jazz's "coming out" party to the world of "respectable" music, held right in that throne room of musical respectability, Carnegie Hall. The 1950-vintage three-album set from the concert only solidified its reputation, and an earlier CD release derived from the LP master was a choice entry in the Goodman catalog for more than ten years. For the 1999 release, producer Phil Schaap re-sourced the concert from original 78 rpm transcription discs; he has also rescued "Sometimes I'm Happy," the show's original second number, and "If Dreams Come True," its original first encore, along with the unedited version of "Honeysuckle Rose" (with Harry Carney in a two-chorus baritone sax solo and Buck Clayton's three-chorus trumpet solo), all previously lost. The detail is startling, with soloists who are more up close than ever and even details from the audience reactions. Gene Krupa's drums have an extraordinary richness of tone, and the whole rhythm section finally gets its due as well, even Freddie Green's rhythm guitar solo during "Honeysuckle Rose," which is gloriously enhanced. There will be casual listeners, however, who won't like this release because Schaap has chosen to leave a lot of surface noise, in the interest of preserving the original concert ambience. Some compromise should have been possible, however, where the worst source damage is concerned, and some casual listeners may prefer the original CD release, despite the enhancements featured here.