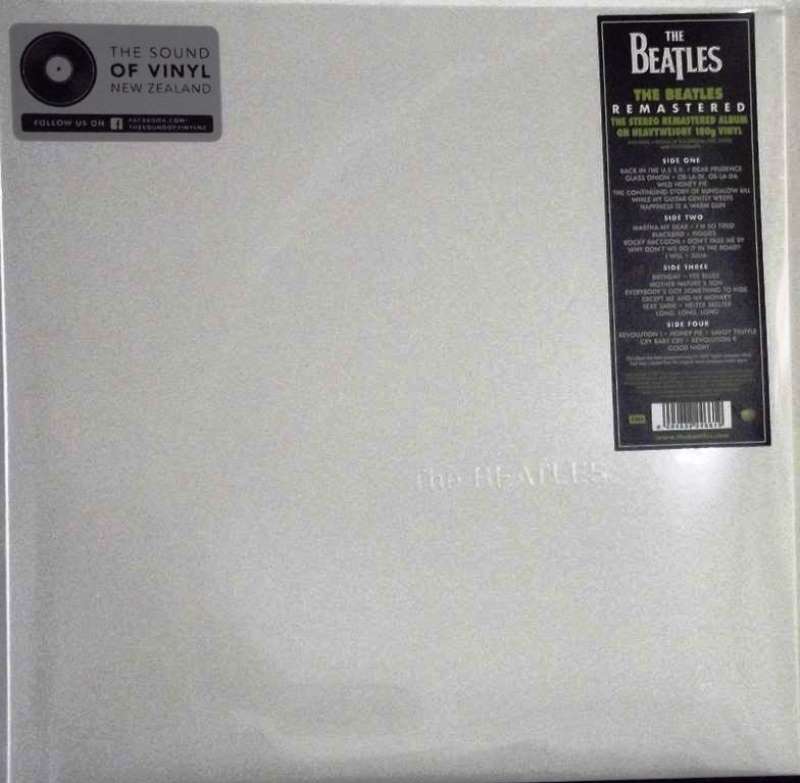 On release, The Beatles received favourable reviews from the majority of music critics, but other commentators found its satirical songs unimportant and apolitical amid the turbulent political and social climate of 1968. The band and Martin have since debated whether the group should have released a single album instead. Nonetheless, The Beatles reached number one on the charts in both the United Kingdom and the United States and has since been viewed by some critics as one of the greatest albums of all time.

The Beatles, also known as the White Album, is the ninth studio album by English rock group the Beatles, released on 22 November 1968. A double album, its plain white sleeve has no graphics or text other than the band's name embossed,[a] which was intended as a direct contrast to the vivid cover artwork of the band's earlier Sgt. Pepper's Lonely Hearts Club Band. Although no singles were issued from The Beatles in Britain and the United States, the songs "Hey Jude" and "Revolution" originated from the same recording sessions and were issued on a single in August 1968. The album's songs range in style from British blues and ska to tracks influenced by Chuck Berry and by Karlheinz Stockhausen.

Most of the songs on the album were written during March and April 1968 at a Transcendental Meditation course in Rishikesh, India. The group returned to EMI Studios (now known as Abbey Road Studios) in May to commence recording sessions that lasted through to October. During these sessions, arguments broke out among the Beatles, and witnesses in the studio saw band members quarrel over creative differences. Another divisive element was the constant presence of John Lennon's new partner, Yoko Ono, whose attendance at the sessions broke with the Beatles' policy regarding wives and girlfriends. After a series of problems, including producer George Martin taking a sudden leave of absence and engineer Geoff Emerick quitting, Ringo Starr left the band briefly in August. The same tensions continued throughout the following year, leading to the eventual break-up of the Beatles in April 1970.