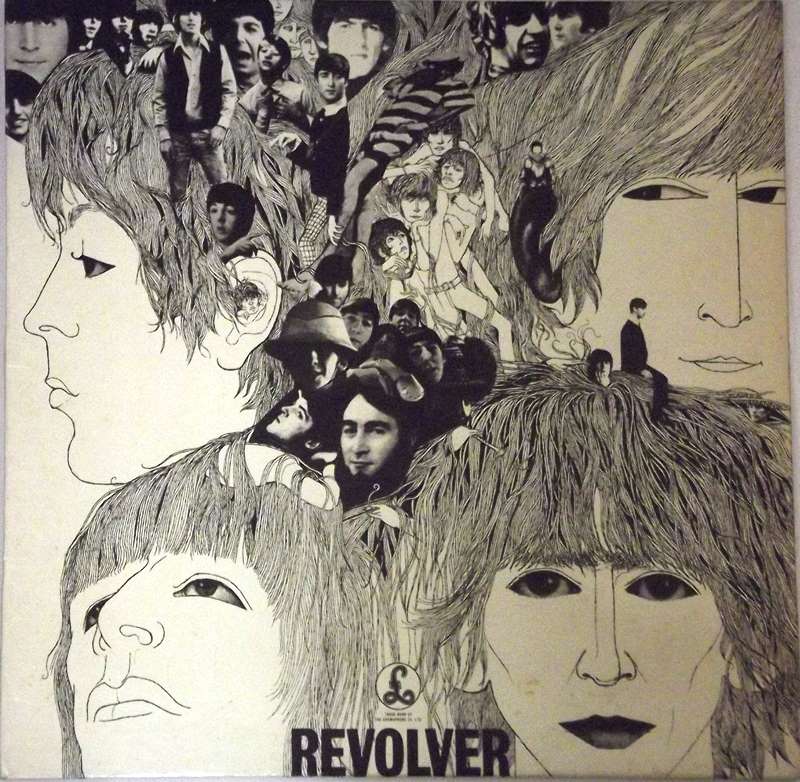 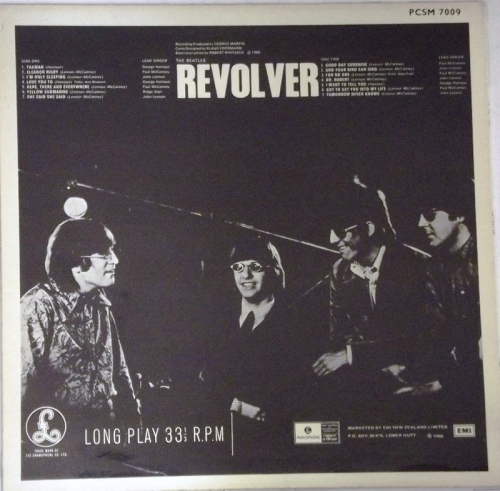 Very nice copy with Blue and White Parlophone label. Record has minor marks but has been play-graded all the way through.. Has the MONO Gold sticker

Revolver is the seventh studio album by the English rock band the Beatles. Released on 5 August 1966, it was the Beatles' final recording project before their retirement as live performers, and marked a progression on their 1965 release Rubber Soul in terms of the group's readiness to experiment in the recording studio. The album's diverse sounds include tape loops and backwards recordings on the psychedelic "Tomorrow Never Knows", a classical string octet on "Eleanor Rigby", and Indian-music backing on "Love You To". The album was reduced to eleven songs by Capitol Records in North America, where three of its tracks instead appeared on the June 1966 release Yesterday and Today. Revolver was the last Beatles album to be subjected to Capitol's policy of altering the band's intended running order and content.

The Beatles recorded the album following a three-month break from professional commitments at the start of 1966, and during a period when London was feted as the era's cultural capital. The songs reflect the influence of psychedelic drugs such as LSD and the increasing sophistication of the Beatles' lyrics to address themes including death and transcendence from material concerns. With no thoughts of reproducing their new material in concert, the band made liberal use of studio techniques such as varispeeding, reversed tapes, close audio miking and automatic double tracking (ADT), in addition to employing musical instrumentation outside of their standard live set-up. Some of the changes in studio practice introduced by Revolver, particularly ADT, were soon adopted throughout the recording industry. The sessions also produced a non-album single, "Paperback Writer" backed with "Rain", for which the Beatles filmed their first on-location promotional films.

In the UK, Revolver's fourteen tracks were released to radio stations throughout July 1966, with the music signifying what author Ian MacDonald later described as "a second pop revolution – one which while galvanising their existing rivals and inspiring many new ones, left all of them far behind".[1] The album's US release coincided with the Beatles' final concert tour, which was marred by the controversy surrounding John Lennon's remark that the band had become "more popular than Jesus". The record topped the UK Albums Chart for seven weeks and America's Billboard Top LPs list for six weeks. Together with the children's novelty song "Yellow Submarine", "Eleanor Rigby" became an international hit when issued as a double A-side single.

Revolver's cover artwork, designed by Klaus Voormann, won the 1967 Grammy Award for Best Album Cover, Graphic Arts. The album was influential in advancing principles espoused by the 1960s counterculture and in inspiring the development of pop music into subgenres such as psychedelic rock, electronica, progressive rock and world music. With the restoration of the three omitted tracks for its international CD release in 1987, many music critics recognise Revolver as the Beatles' best album, surpassing Sgt. Pepper's Lonely Hearts Club Band. The album was ranked first in Colin Larkin's book All-Time Top 1000 Albums and third in Rolling Stone magazine's list of the 500 greatest albums of all time. In 2013, after the British Phonographic Industry had changed its sales award rules, Revolver was certified platinum in the UK. The album has been certified 5× platinum by the Recording Industry Association of America.