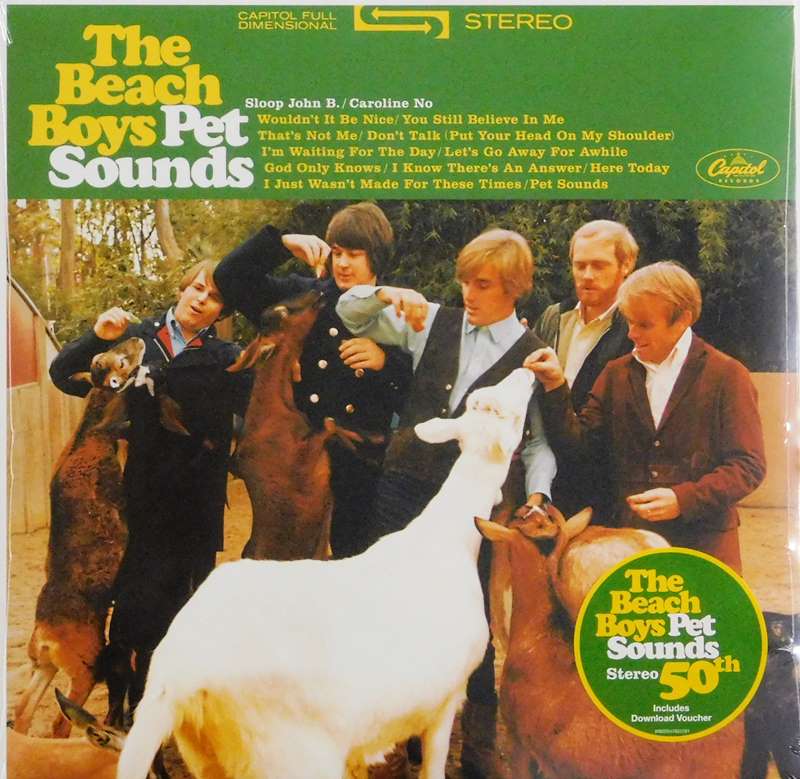 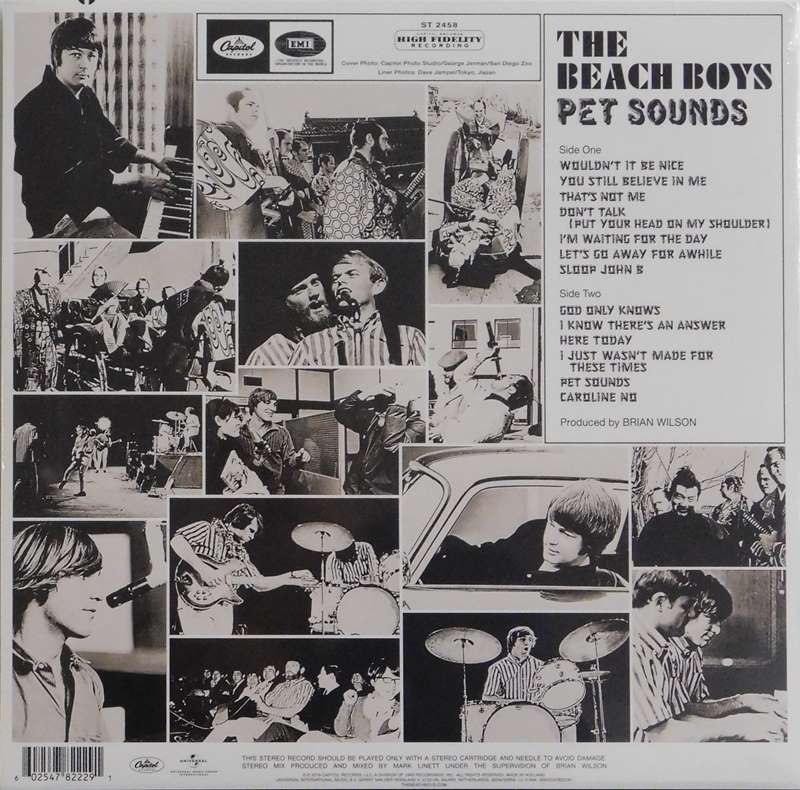 Pet Sounds is the eleventh studio album by the American rock band the Beach Boys. Released on May 16, 1966, it initially met a lukewarm critical and commercial reception in the United States, but received immediate success abroad, where British publications declared it "the most progressive pop album ever". It charted at number two in the UK but number ten in the US, a significantly lower placement than the band's preceding albums.[1] In later years, the album garnered enormous worldwide acclaim by critics and musicians alike, and is regarded as one of the most influential pieces in the history of popular music.

The album was produced by Brian Wilson, who also wrote and composed almost all of its music. Sessions were conducted several months after he had quit touring with the Beach Boys in order to focus his attention on writing and recording. Collaborating with lyricist Tony Asher, Wilson's symphonic arrangements wove elaborate layers of vocal harmonies, coupled with sound effects and unconventional instruments such as bicycle bells, buzzing organs, harpsichords, flutes, Electro-Theremin, dog whistles, trains, Hawaiian-sounding string instruments, Coca-Cola cans and barking dogs, along with the more usual keyboards and guitars. Together, they comprised Wilson's "pet sounds", played in music styles which incorporated elements of jazz, exotica, classical, and the avant-garde. It was led by the singles "Wouldn't It Be Nice", "God Only Knows" and "Sloop John B" while Wilson made his solo debut with "Caroline, No", issued a few months earlier. Due to his omnipresent directorial role, Pet Sounds is sometimes considered a Brian Wilson solo album in all but name.