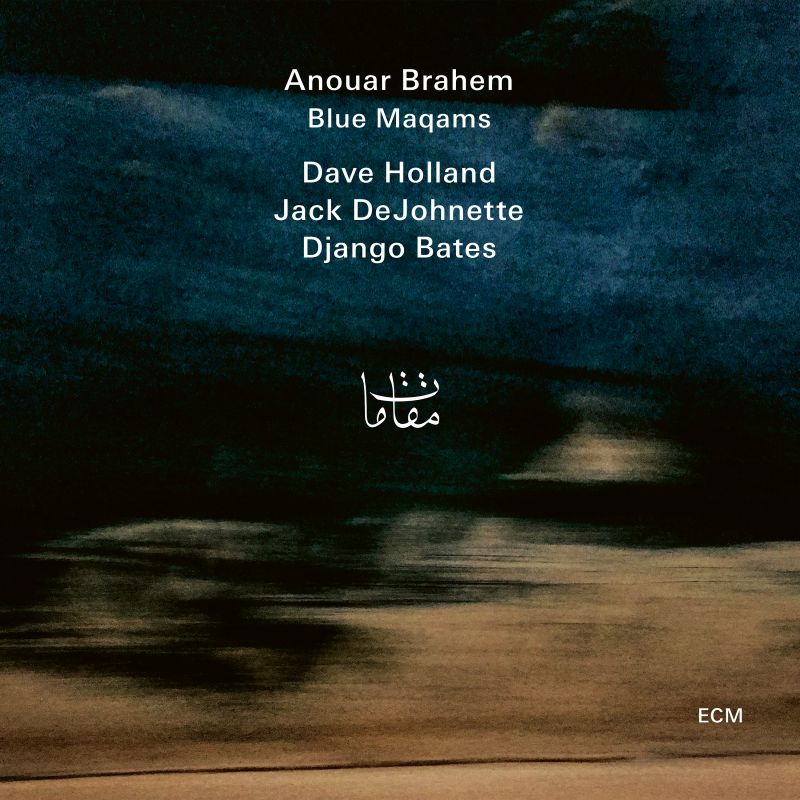 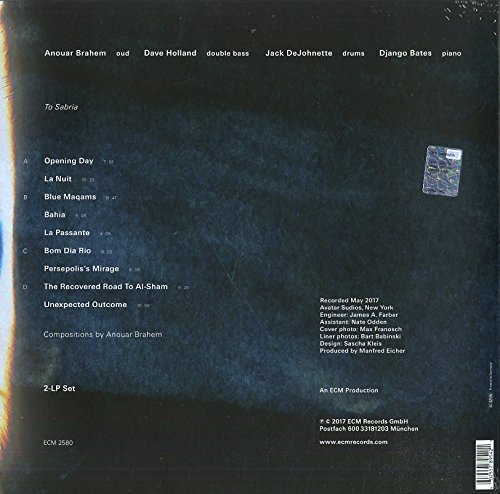 Recorded in New York’s Avatar Studios in May 2017 and produced by Manfred Eicher, Blue Maqams brings Tunisian oud master Anouar Brahem together with three brilliant improvisers. For Anouar Brahem and Dave Holland the album marks a reunion: they first collaborated 20 years ago on the very widely-acclaimed Thimar album. Brahem meets Jack DeJohnette for the first time here, but Holland and DeJohnette have been frequent musical partners over the last half-century beginning with ground-breaking work with Miles Davis – their collaborations are legendary. British pianist Django Bates also rises superbly to the challenge of Brahem’s compositions. And Anouar in turn is inspired to some of his most outgoing playing. Blue Maqams is a highlight of ECM’s autumn season.