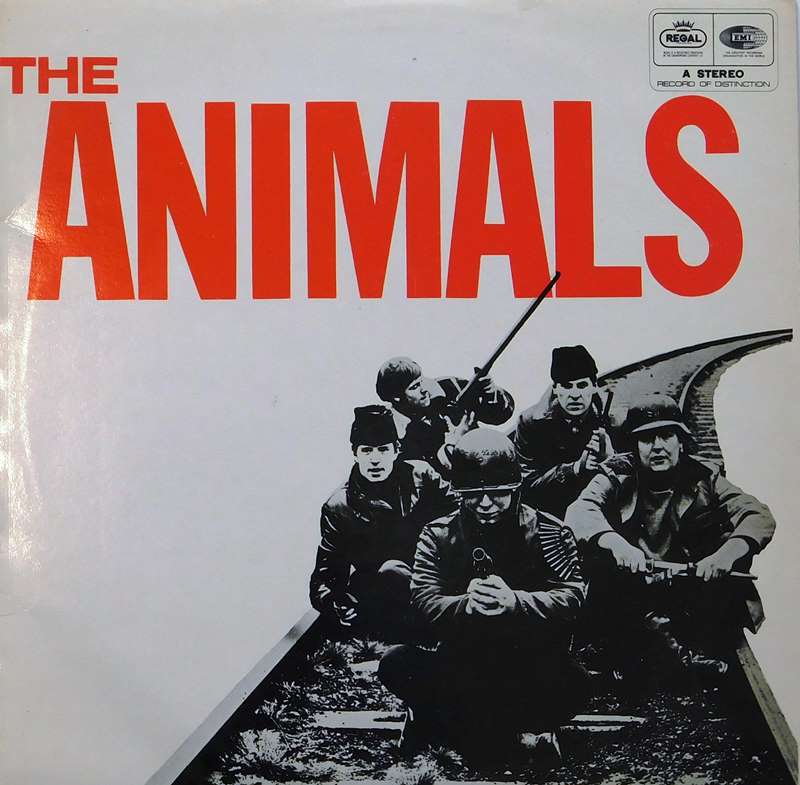 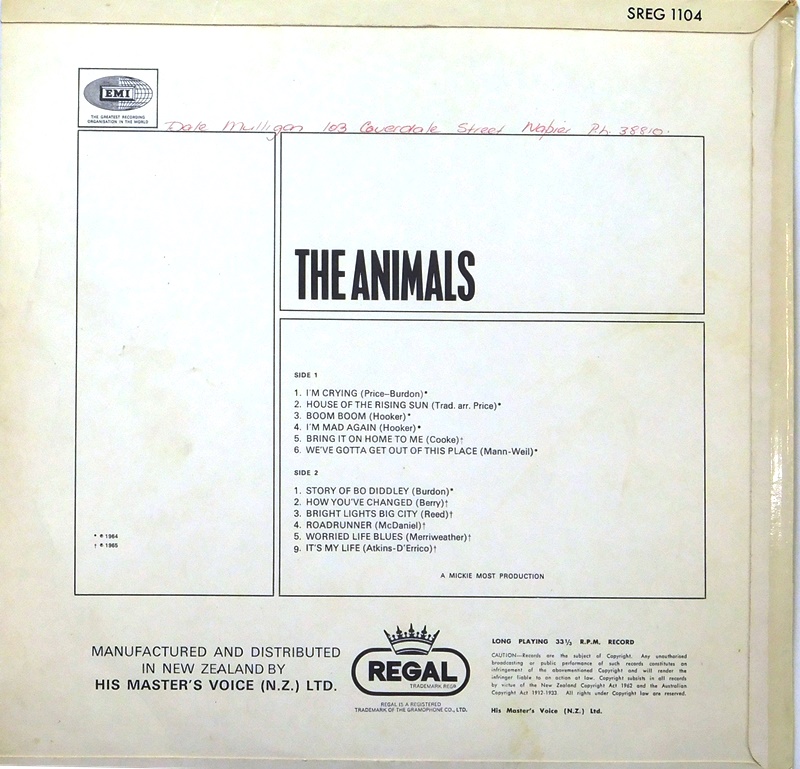 The discography of The Animals, an English music group of the 1960s formed in Newcastle upon Tyne, contains 20 studio albums, 6 compilation albums, 5 EPs and 25 singles. Featuring a gritty, bluesy sound and a deep-voiced frontman in Eric Burdon, they are best known for their rendition of an American folk song named "House of the Rising Sun", which is described by many as their signature song.[1] This single had worldwide sales of nearly 5 million[2] and became a Number One hit in both the UK and US in 1964. Overall, the group balanced tough, rock-edged pop singles such as "We Gotta Get Out of This Place" and "It's My Life" against rhythm and blues-oriented album material. The Animals released separate UK and US albums, a practice common to other British Invasion bands of the time such as The Beatles and The Rolling Stones.

The Animals underwent numerous personnel changes in the mid-1960s and suffered from poor business management. An incarnation using the name Eric Burdon and the Animals moved to California in 1967 and achieved commercial success as a psychedelic rock outfit, before disbanding at the end of the decade. Altogether, the group had ten Top Twenty hits on both the UK charts and US charts.

The original lineup had a brief comeback in 1977 and 1983. There have been several partial regroupings of the original era members since then under various names. The Animals were inducted into the Rock and Roll Hall of Fame in 1994.