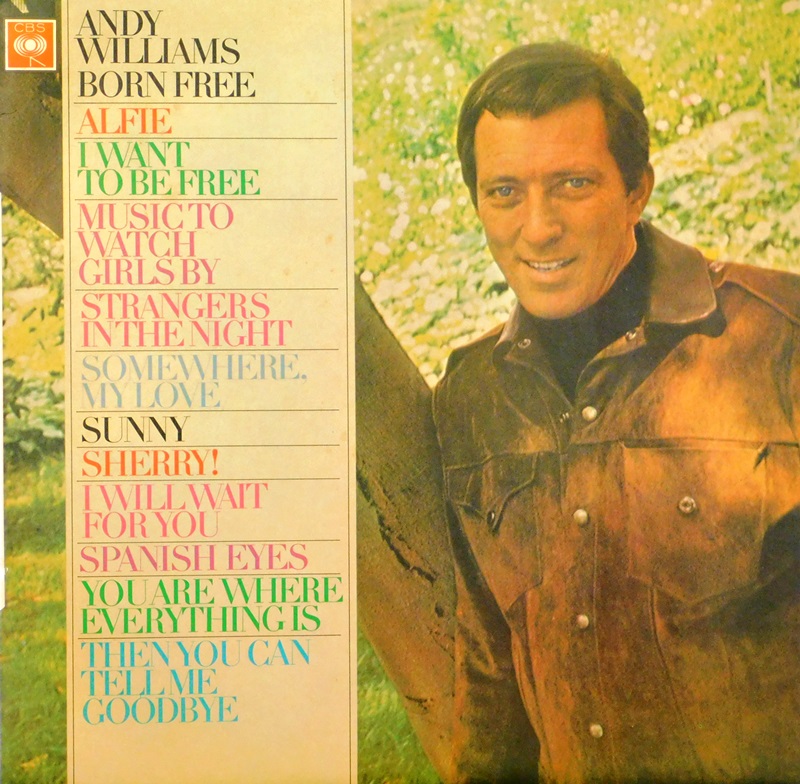 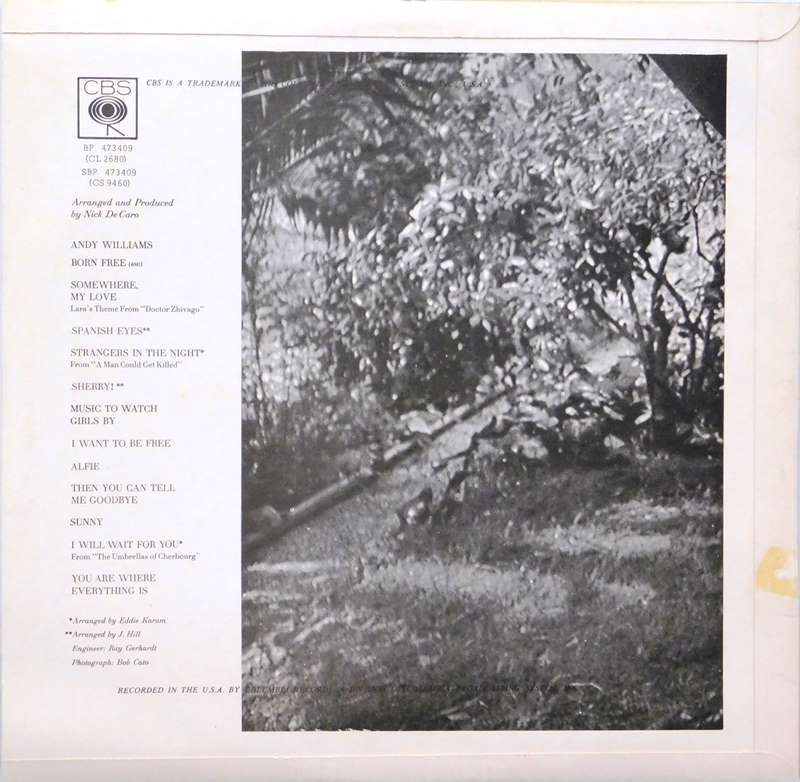 Born Free is the twentieth studio album by American pop singer Andy Williams and was released on April 10, 1967, by Columbia Records[1] and includes half a dozen songs associated with movies or musicals. Two of these tracks, however, originated in the scores of the films indicated on the album jacket but had lyrics added later: the melody for "Strangers in the Night" was written for A Man Could Get Killed, and "Somewhere My Love" began as "Lara's Theme" from Doctor Zhivago.

The album made its first appearance on Billboard's Top LP's chart in the issue dated May 13, 1967, and remained there for 79 weeks, peaking at number five.[5] The album received Gold certification from the Recording Industry Association of America on July 6, 1967,[6] and that same month it began 11 weeks on the UK album chart, where it reached number 22.[7]

The single from the album, "Music to Watch Girls By", was available two months before the album was released and first appeared on the Billboard Hot 100 chart in the issue of the magazine dated March 25, eventually reaching number 34 over the course of eight weeks.[8] The song performed even better on the Easy Listening chart after debuting in the issue dated April 1 and spending a week at number two during a 13-week stay.[9]  It debuted on the UK charts shortly thereafter, on May 6, and stayed around for six weeks, peaking at number 33. The song was reissued there in 1999 and spent another six weeks on the chart, this time reaching number nine.[10]

The album was released on compact disc for the first time as one of two albums on one CD by Collectables Records on March 23, 1999, the other album being Williams's Columbia release from the fall of 1967, Love, Andy.[11]  It was also released as one of two albums on one CD by Sony Music Distribution on May 14, 2001, paired this time with Williams's Columbia album from December 1966, In the Arms of Love.[12] The original album covers are displayed side by side on the front of these CD reissues, and it is clear that the color of the Born Free cover has been enhanced considerably for the Collectables release, as Williams's suntanned face from the original LP cover shown on the Sony release now has a more psychedelic orange glow. The Collectables CD was included in a box set entitled Classic Album Collection, Vol. 1, which contains 17 of his studio albums and three compilations and was released on June 26, 2001.[13