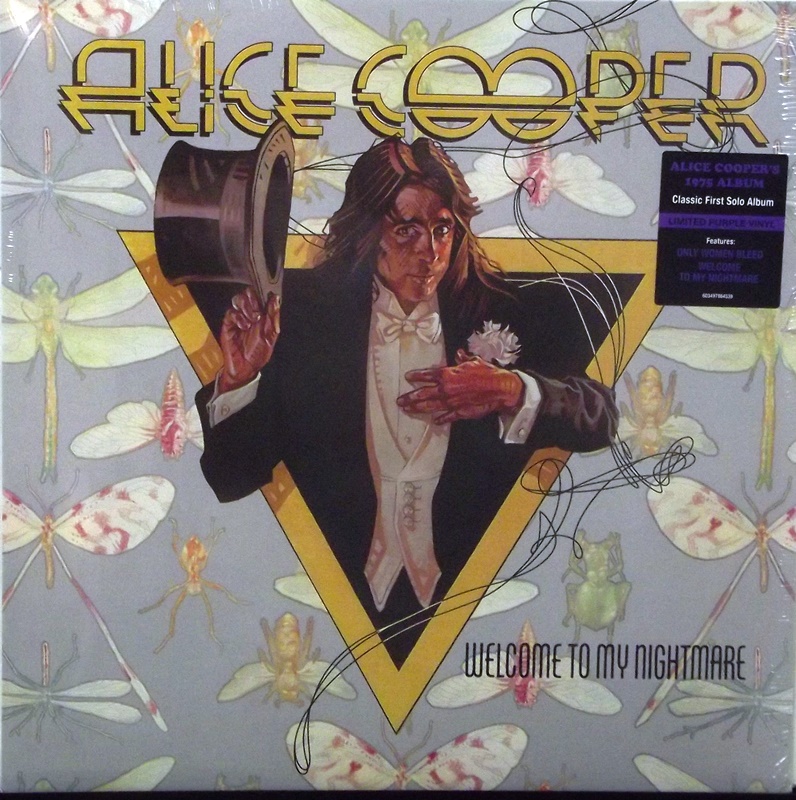 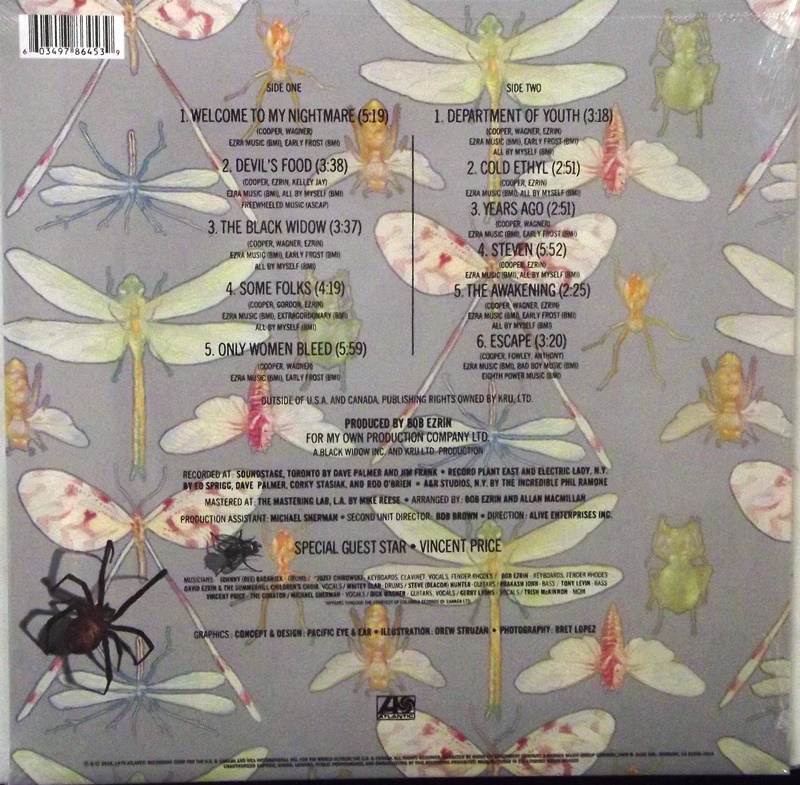 Welcome to My Nightmare

Welcome to My Nightmare is the eighth studio album by Alice Cooper, released in March 1975. This was Alice Cooper's first solo album (all previous Alice Cooper releases were band efforts), and his only album for the Atlantic Records label. The ensuing tour was one of the most over-the-top excursions of that era. Most of Lou Reed’s band joined Cooper for this record.

It is a concept album; the songs, heard in sequence, form a journey through the nightmares of a child named Steven. It inspired the Alice Cooper: The Nightmare TV special and a worldwide concert tour in 1975, and the Welcome to My Nightmare concert film in 1976. A sequel, Welcome 2 My Nightmare was released in 2011.

The cover artwork was created by Drew Struzan for Pacific Eye & Ear. Rolling Stone would later rank it ninetieth on the list of the “Top 100 Album Covers Of All Time”.[1] The remastered CD version adds three alternate version bonus tracks. Famed film actor of the horror genre Vincent Price provided a monologue in the song "Devil's Food". The original version of “Escape” was recorded by The Hollywood Stars for their shelved 1974 album “Shine Like a Radio”, which was finally released in 2013.[2][3] The ballad "Only Women Bleed", released as a single, is a song originally composed by guitarist Dick Wagner for his late-60s band The Frost, with a new title provided by Cooper and revised lyrics written by Wagner and Cooper.[4]