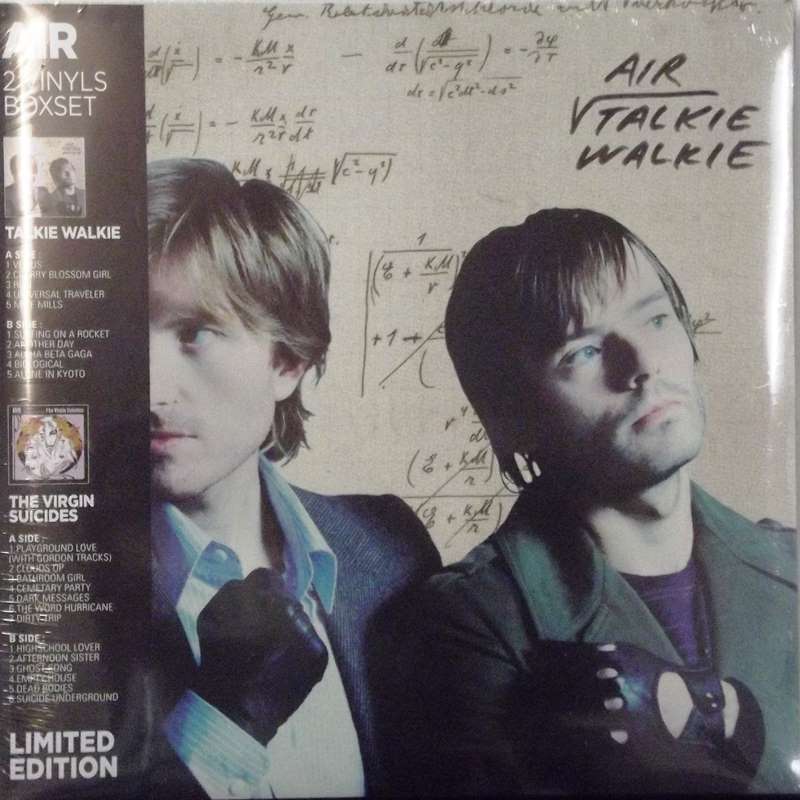 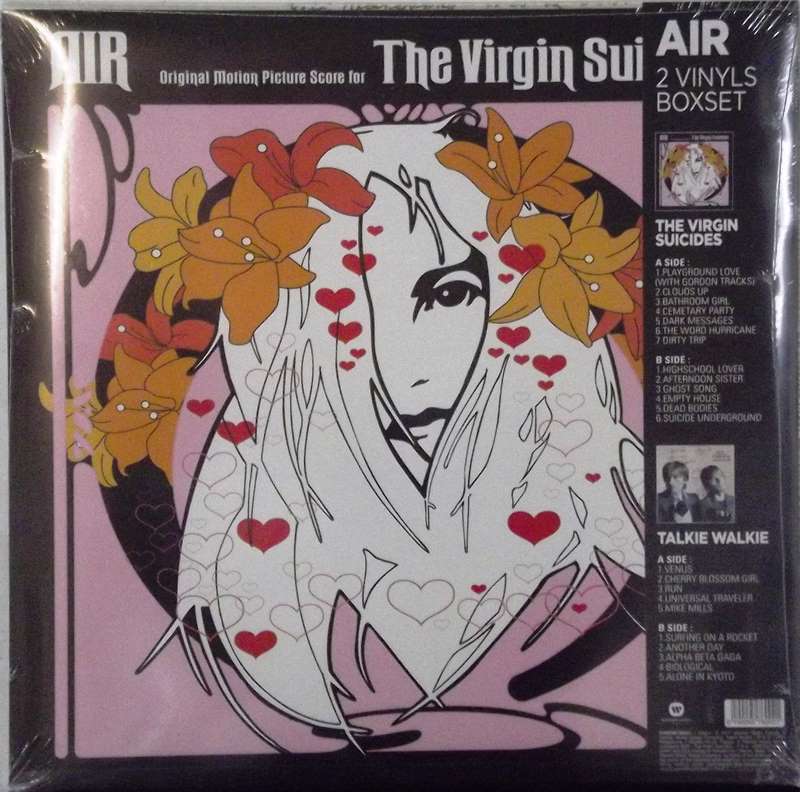 Air is one of those downtempo electronica bands who specialize in exquisitely pretty music, whether it's trippy and jazzy, or eerie ambient pop. Compiled here is their latest album "Talkie Walkie," and the beloved soundtrack to Sofi Coppola's "Virgin Suicides" movie.

"Talkie Walkie" takes many of its cues from the French duo's debut album, "Moon Safari," meaning that it's made of mellow, dreamy, smooth trip-hop. It dips into darker places in songs with haunted synths and sexy vocals, but most of it is catchy, dreamy, and often entrancingly pretty.

"Virgin Suicides" was apparently crafted specifically for the movie, at the director's request. Like the film, it's incredibly pretty and haunting, yet has dark undertones that give the whole thing a brooding sound. A couple songs like "Clouds Up" sound trippy, but the rest of it sounds tragic and ethereal. In other words, perfect for the movie.

"Talkie Walkie" and "The Virgin Suicides" are the most rewarding pieces of Air's recent work. In fact, it's easy to forget the less engaging "10,000 Hertz Legend" and think that Air went straight from "Suicides" to "Walkie"; these albums have them playing on their strengths alone, whether it's synth-heavy trip-hop or powerful, anguished pop.

Their styles are actually quite different -- what the two albums have in common is ethereality, and the space-pop edges and ambient prettiness. "Moon Safari" is dreamier and spacier, with poppy hooks woven into the glimmery melodies. It's not exactly ambient music per se, but it feels like an extended trip up into the clouds.