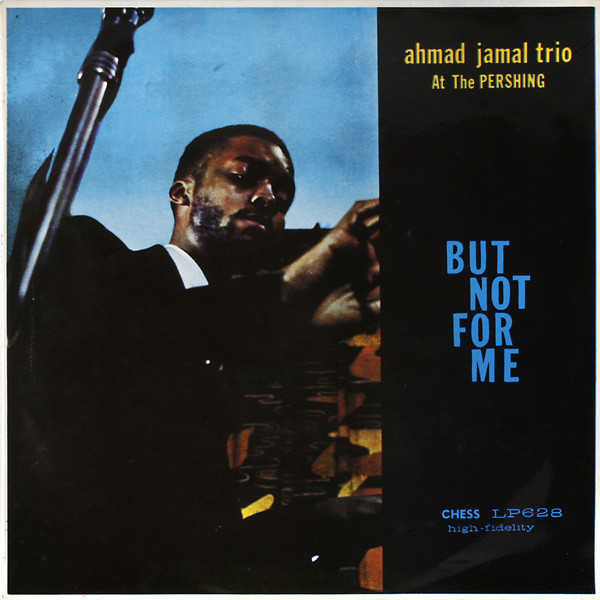 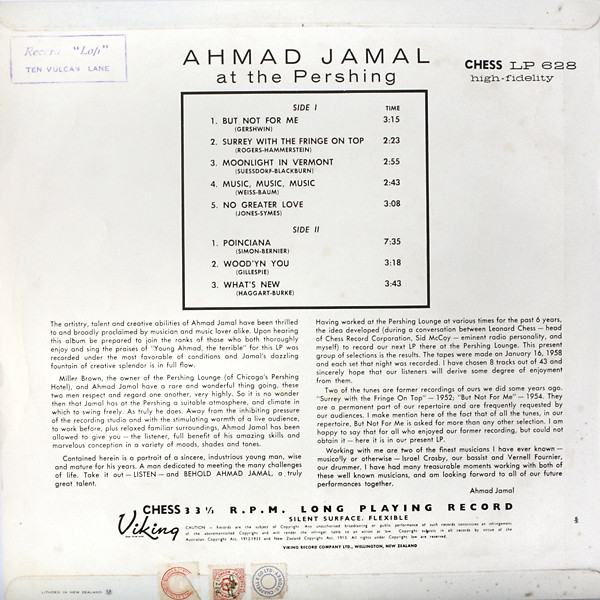 Ahmad Jamal At The Pershing

At the Pershing: But Not for Me is a 1958 jazz album by pianist Ahmad Jamal. According to the album jacket, the tapes were made on January 16, 1958, at the Pershing Lounge of Chicago's Pershing Hotel and each set played that night was recorded, a total of 43 tracks, of which 8 were selected by Jamal for the album.[1] The LP was released as Argo Records LP-628. Jamal's previous releases on Argo had been from previously made masters; this was his first release recorded for Argo, and his first album recorded live.[2]