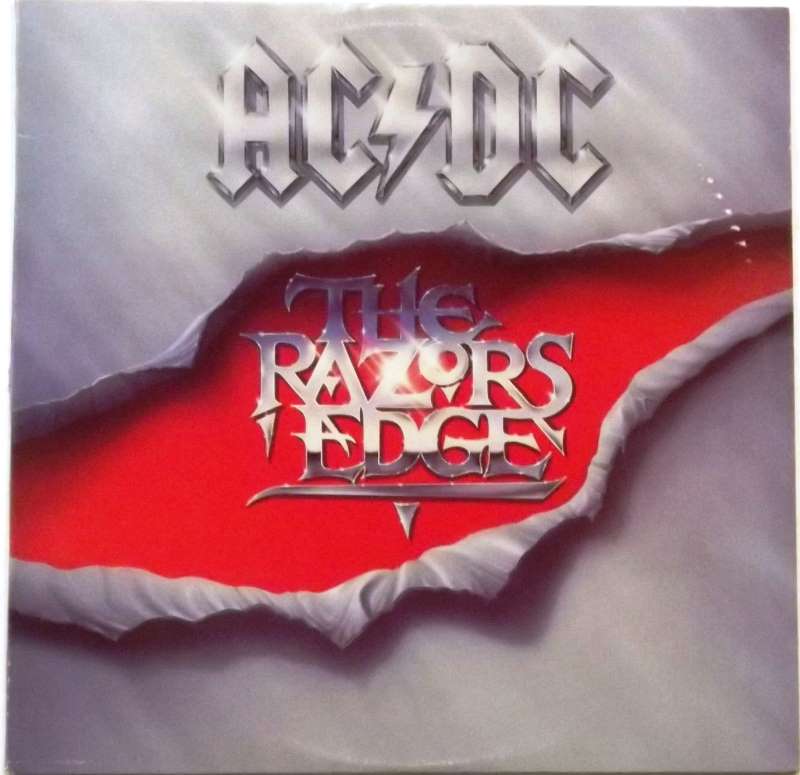 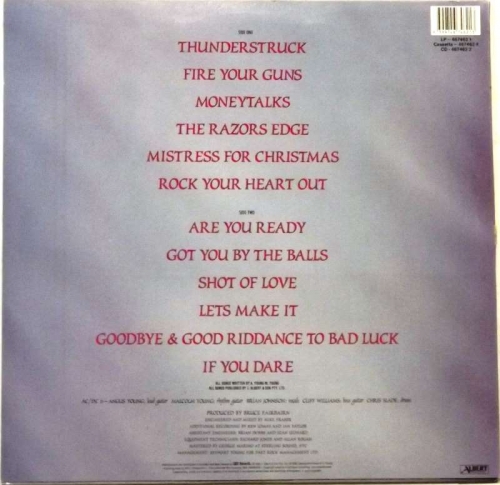 The Razors Edge is the twelfth studio album by Australian hard rock band AC/DC. It was the band's eleventh internationally released studio album and the twelfth to be released in Australia. It was a major comeback for the band, featuring the hits "Thunderstruck" and "Are You Ready", which reached #5 and #16 respectively on Billboard's Mainstream Rock Tracks Chart, and "Moneytalks", which peaked at #23 on the Billboard Hot 100.[1] The album went multi-platinum (5 million copies sold) and reached the US top ten.  The album reached #2 on the US Billboard 200 and #4 in the UK, a smash commercial success that returned the band to the popularity of its glory years of the late 1970s and early 1980s. The album has been certified 5x platinum (5 million copies sold) in the US,[2] and was re-released in 2003 as part of the AC/DC Remasters series. The album was produced by Bruce Fairbairn.