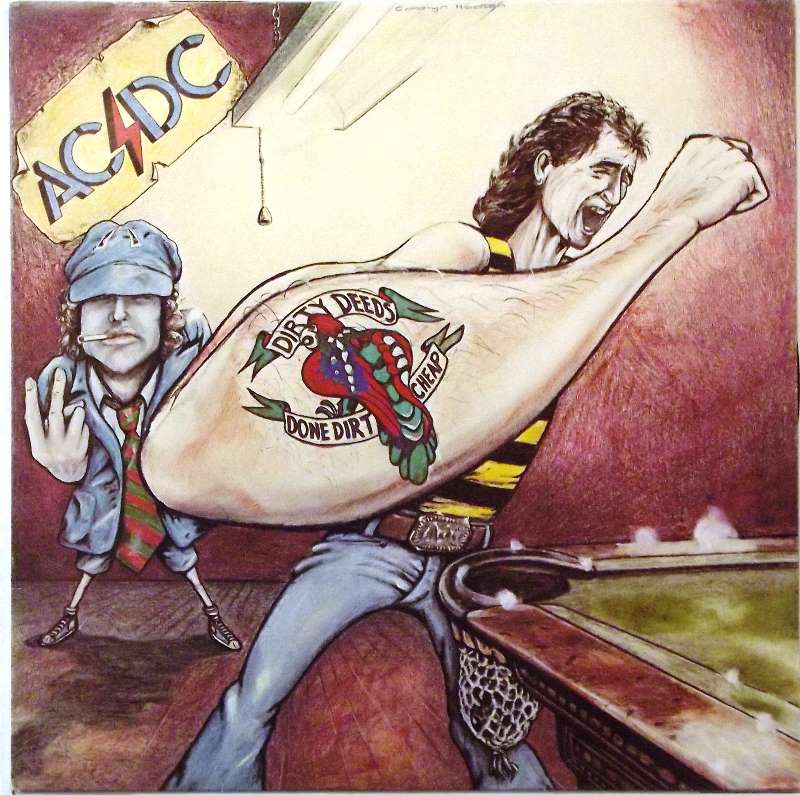 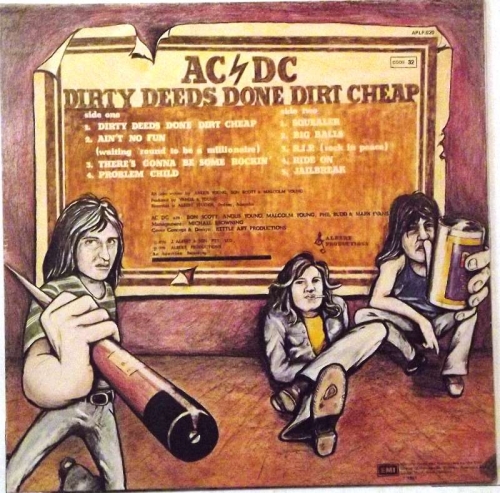 Dirty Deeds Done Dirt Cheap is an album by Australian hard rock band AC/DC. It was the band's second internationally released studio album and the third to be released in Australia. All songs were written by Angus Young, Malcolm Young and Bon Scott.

AC/DC began recording what would become Dirty Deeds Done Dirt Cheap in January 1976 at Albert Studios with Harry Vanda and George Young (older brother of guitarists Malcolm and Angus) producing. In April, the band went on their first tour of the U.K. where "It's a Long Way to the Top (If You Wanna Rock 'n' Roll)" was released as a single. According to the book AC/DC: Maximum Rock & Roll, Vanda and Young traveled to the U.K. to record several songs with the band at Vineland Studios for a scheduled EP, which was eventually scrapped. One of these songs, "Love at First Feel," would surface on the international Dirty Deeds release while the others, "Carry Me Home" and "Dirty Eyes," would remain unreleased, the latter being reworked into "Whole Lotta Rosie" on 1977's Let There Be Rock. A song titled "I'm a Rebel" was recorded at Maschener Studios as well with music and lyrics written by Angus and Malcolm Young's older brother, Alex Young.[6][7] This song was never released by AC/DC and remains in Albert Productions' vaults. German band Accept later released it as a single and named their second album after the song. In September, High Voltage was released in the United States but, hampered by visa problems and a disinterested Atlantic Records label in the United States, the band returned to Australia to finish their third album.